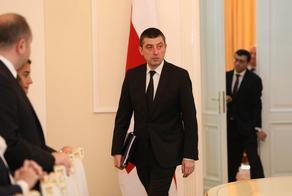 On September 29, the Prime Minister will meet with NATO Secretary-General Jens Stoltenberg, and the parties will hold a joint press conference.

The Georgian delegation includes the Minister of Foreign Affairs of Georgia, Davit Zalkaliani, and the Head of the Government Administration Natia Mezvrishvili.