Giorgi Kandelaki: Georgia is honest when it comes to the Russian aggression in 2008 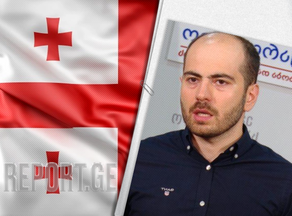 "The government is hiding and is acting like a Russian satellite," Giorgi Kandelaki, a member of "European Georgia," stated while talking to journalists.

According to him, the decision of the Strasbourg court once again confirms that Georgia is completely honest when it comes to the Russian aggression in 2008.