Giorgi Vashadze: We must topple the Georgian Dream 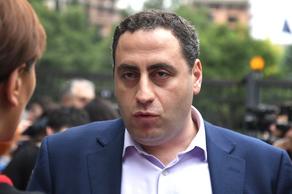 The opposition protest rally is set to be held in the city of Batumi on Sunday, according to Giorgi Vashadze, the leader of the New Georgia political party. He said that tomorrow's meeting will prove crucial, and unless the ruling party makes concessions, they will launch the united national movement against it.

"We have given them sufficient time, the time they required, and we are now waiting for their response. I do not want to go into technical details now. I will just say that this concerns Georgia's future, which has almost been destroyed by the Georgian Dream, and its members must be held responsible for this. To stop them from destroying our country's future, we need to create a specific tool," said Vashadze and added that the Dream Government must be overthrown. "Tomorrow will be the turning point. I have already talked with my colleagues, and we plan to launch the united national movement against them and topple the Georgian Dream government.