Government entitled to introduce restrictions before 16 July under new law 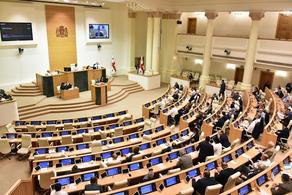 The Parliament of Georgia has approved the Draft Legislation on Public Health with the third hearing. The law envisages introducing restrictions in the country without declaring a state of emergency. The law enters into force upon promulgation and is repealed after 15 July. Now the document has to be signed by the President. Under this law, the government will be entitled to introduce restrictions starting from tomorrow before 16 July. According to the law, the government will be authorized to implement required measures in the country without declaring a state of emergency, with this implying that the government does not need the consent of the parliament to do so. A total of 81 PMs approved the proposed amendments, with the opposition refusing to participate in the voting.