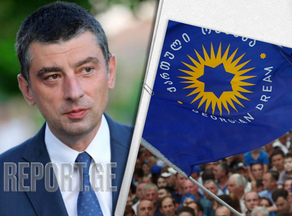 Following his resignation, former Prime Minister Giorgi Gakharia allegedly left the Georgian Dream party as well. He is not attending the current political council session at the moment.

Nikoloz Samkharadze, a member of the parliamentary majority, told reporters that Giorgi Gakharia had also left the party according to his information.

"As far as I know, he left the party. As for the position of the other members, it was so unexpected that we did not even have the chance to discuss it," he said.

The political Council's sitting is currently taking place at the central office of the Georgian Dream - Democratic Georgia. The meeting of the majority is scheduled for 16:00.

The ruling team will discuss Giorgi Gakharia's decision to resign from the post of Prime Minister, the new candidate for the post, and the formation of a government.