I will have 7% even long time after my death: Labour party leader 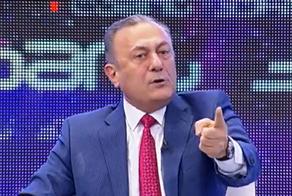 Leader of the Georgian Labour Party Shalva Natelashvili said that Chairperson of the Georgian Dream - Democratic Georgia Bidzina Ivanishvili did everything in his power to prevent his party from entering the parliament.

In Natelashvili's words, the Labour Party won at least 7% of votes in the parliamentary elections.

"I will have 7% even a long time after my death. Everyone must know this. I do not precisely know how many votes we won, but I do know it was not less than 7%," Shalva Natelashvili told Rustavi 2.