Identity of the Deputy Chairperson of the CEC known 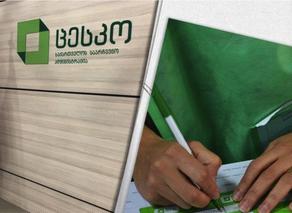 Giorgi Sioridze was elected as the Deputy Chairperson of the CEC at today's sitting. His candidacy was nominated by the opposition.

According to the CEC, the issues of preparation for the local self-government elections were discussed at today's session. The election schedule was also approved.

The new Chairperson of the CEC was elected by the Parliament yesterday, August 2.