Iftar held at the Embassy of Azerbaijan 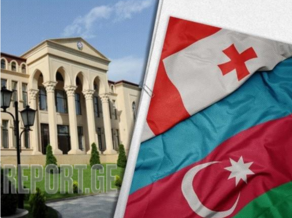 As it was mentioned at the Iftar held at the embassy, the friendly, mutual respect and compassion of the representatives of Azerbaijan, Georgia, and Turkey, as well as the representatives of Muslims and Christians, are especially important as a clear example of historically unshakable friendship and brotherhood.

According to the ambassador, the Republic of Azerbaijan has always preferred to develop relations with neighboring Georgia. It was noted that the official visit of the Prime Minister of Georgia, Irakli Gharibashvili, to President Ilham Aliyev to Azerbaijan would give a new stimulus to the traditional bilateral strategic partnership.

It was said that the observance of the principles of territorial integrity by both countries in the international arena is an important unifying factor. After the 44-day war, the restoration of the internationally recognized borders of the Republic of Azerbaijan created new favorable conditions not only for Azerbaijan but also for the whole region, including Georgia.

Addressing the event, Georgian Deputy Foreign Minister Lasha Darsalia emphasized the strategic partnership between the two countries and spoke about the importance of Prime Minister Irakli Gharibashvili's recent visit to Azerbaijan. He noted that Azerbaijanis living in Georgia have historically preserved their traditions and made a significant contribution to the country's cultural diversity, while the Georgian government has always created conditions for this.

As it was said during the meeting, the Georgian people and the Georgian Orthodox Church have always defended the core values that unite the Azerbaijani and Georgian people. An example of a strong friendship and mutual respect is the relationship between Catholicos-Patriarch Ilia II and Allahshukur Pashazadeh, Grand Mufti of the Caucasus.

The following guests were invited to the event: Giorgi Ukleba, the Deputy Chairman of the State Agency for Religious Issues, Besarion Tsintsadze, the Deacon of The Orthodox Church of Georgia, Ahmed Erdem, the Religious affairs Consultant at the Embassy of Turkey in Georgia, Haji Aliyev, the Head of Georgia-based Office of the Caucasus Muslims Department, Haji Ramin Igidov, the Head of the Georgian Muslims Department, Haji Etibar Eminov, the Mufti of Eastern Georgia, Mirtag Asadov, Chairman of the Supreme Religious Administration of Georgia's All Muslims, Haji Rasim Mammadov, the Chairman of the Ahlulbayt Islamic Society in Georgia, Haji Faig Nabiyev, the Chairman of the Alul-Bayt Center, Haji Aziz Nabiyev, the Chief Akhund in Marneuli, Haji Hajiev, the Akhund of Imam Ali Mosque in Marneuli, and other employees of the Embassy of Azerbaijan.