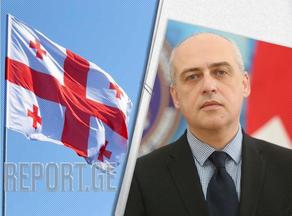 ''With the Azerbaijani leader, we have discussed the peace initiative which the prime minister presented to the UN. We all agree that long-term peace and stability has no other alternative in the region. Our initiative was approved,'' Georgian Vice-PM and FM, Davit Zalkaliani, said.

Davit Zalkaliani stressed that the initiative enjoys significant international approval from the EU and the US.

The Vice-PM also pointed out that, within the Georgia-Azerbaijan Intergovernmental Economic Commission meeting in Baku, they signed several memoranda which will promote long-term peace and the development of major infrastructure projects.

''The memoranda signed today were drawn up after discussions in the governmental commission. These memoranda are proofs of sectoral cooperation between Georgia and Azerbaijan that has existed and will exist in the future. This will also contribute to peace, stability, and the development of major infrastructure projects,'' Zalkalini declared.