Irakli Gharibashvili: Special congratulations to those citizens living beyond the occupation line 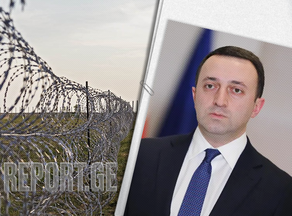 "I want to especially congratulate our citizens living beyond the occupation line on Independence Day. I am confident that we will be able to make our Abkhaz and Ossetian compatriots a strong and worthy member of the Euro-Atlantic family of Georgia," Prime Minister of Georgia Irakli Gharibashvili stated during his speech at the event dedicated to the Independence Day of Georgia.

According to the head of the government, strengthening Georgia's independence requires daily efforts and dedication.

"Historically, one of the foundations of Georgia's strength has always been its tolerant culture, multi-ethnic and multi-confessional society. Today is a day of celebration for all citizens of Georgia, which expresses the unity of our nation and the aspiration for a better future. On Independence Day, I would like to congratulate our compatriots living abroad, the representatives of the Diaspora, who strengthen our country with their work and talent and set proud examples of success," Irakli Gharibashvili said.