Irakli Kadagishvili: Law should be strictly applied to all participants in the conflict 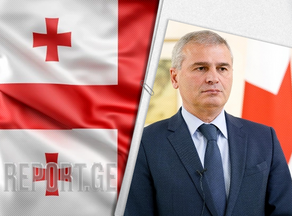 "The situation that has developed spontaneously in Dmanisi has to be condemned," the Chairperson of the Parliamentary Committee on Procedural Issues said.

According to Irakli Kadagishvili, the government should be involved in order to calm down the situation.

"At times like this one, it is important to legally assess the origin of the conflict and have a timely response. The government is fully interested in resolving this conflict. It started yesterday for a banal reason, and showing it as a national and ethnic one is unacceptable given the internal political situation in our country and the situation in the region. If anyone is interested in stirring up conflict, it is a hostility towards the country. I can not say in advance whether it was provoked or spontaneous, but it seems to me that it might have been spontaneous," Kadagishvili said.

A confrontation took place between two groups in Dmanisi yesterday. The reason for the fight was the refusal of the store to give the customer the product with the promise that the individual would pay for it later.

The attackers were armed with batons. All members of the opposing parties were questioned by the police yesterday, the interrogations continuing today. According to the Deputy Minister of Internal Affairs, Alexander Darakhvelidze, the case is being investigated under the article of violence.