Irakli Kobakhidze: Charles Michel document has expired, the agreement has been annulled 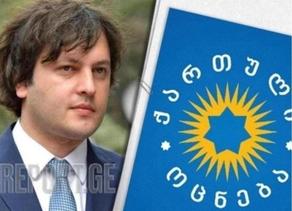 According to Irakli Kobakhidze, the chairperson of the Georgian Dream, Charles Michel's document has expired due to the unconstructive character of the opposition, and the agreement has been annulled.

Kobakhidze said these political forces have not yet signed the April 19 agreement.

"The radical opposition is doing everything possible to deepen the political polarization before the elections ... The April 19 agreement played a positive role - the opposition stopped the sabotage. We once again thank the President of the European Council, Charles Michel, for his efforts and support. However, today, 100 days after the signing of the document has expired," Kobakhidze said.

According to Kobakhidze, in case of cancellation of the agreement, early elections will be held within the framework of the constitution, following the good will of the ruling party.

"We are ready to set early elections not only with 43 percent of the vote but also with 53 percent of the vote, if we learn from the behavior of opposition political parties that our political system is sufficient for effective coalition governance and this regime will not harm its interests," Kobakhidze noted.