Irakli Kobakhidze: If at least one of the three candidates loses, I will leave politics 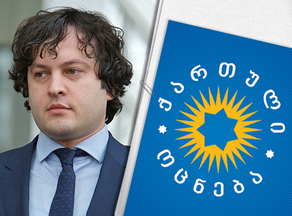 "If at least one of our three candidates, Kobiashvili, Subari, and Kadagishvili, does not win the election, I will leave politics," Irakli Kobakhidze, one of the leaders of the Georgian Dream, said at a briefing.

According to Kobakhidze, if all three candidates of the Georgian Dream win the first round of the elections, Nika Gvaramia should leave the Georgian media space and politics.

"Yesterday, the so-called IPSOS data got published, according to which Nika Melia, Levan Khabeishvili, and Giorgi Botkoveli will win the elections in the first round. If out of our three candidates: Kobiashvili in Gldani, Sozar Subari in Samgori, and Kadagishvili in Telavi, Akhmeta, Kvareli, Lagodekhi constituencies, even one fails to win the elections, I will leave politics. And if all three win, Nika Gvaramia will leave the Georgian media and politics," Kobakhidze said.