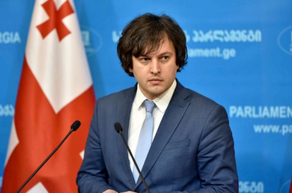 "The National Movement has opened a so-called revolutionary headquarters headed by criminal Vano Merabishvili, whose task is to develop the political process following a revolutionary scenario," one of the Georgian Dream leaders Irakli Kobakhidze, said at a special briefing.

According to Kobakhidze, any attempt to cause unrest in the election process will be severely punished by the state.

"We have information that the public should know. The National Movement, in addition to the official election headquarters, has opened a so-called revolutionary headquarters. They pay special attention to several districts: Marneuli, Bolnisi, Dmanisi, Batumi, Zugdidi, and Gldani. Any attempt to disrupt the election process will be severely punished. No one, especially the criminal opposition, will have the opportunity to take any destructive action. Georgian Dream will do everything to hold the elections to the highest democratic standard," Kobakhidze noted.