Irakli Kobakhidze: We made a balanced decision 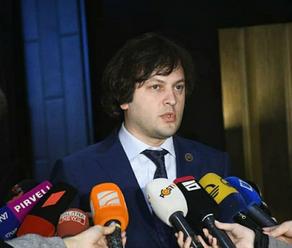 "We had to make a decision considering the status quo. When one mentions competency criteria, this, naturally, is a relative concept. Maybe in Germany, they have different standards, and I know what standards they have there. Georgia may have different standards, different from other countries, due to different objective reasons. I have already said that the qualification criteria of the majority of the presented candidates have not been ideal, but, all things considered, we made a balanced decision," Kobakhidze said and added that out of 14 candidates, three only were elected from the so-called "gang list," with this once again proving that the decision is well balanced.

The Parliament has approved the 14 candidates of the Supreme Court judges.