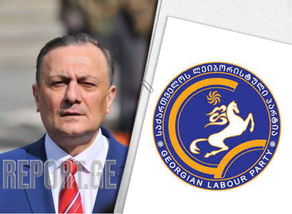 The meeting of the opposition parties of Georgia, held in the office of the Labor Party, has been over.

"We discussed the issue that it's time to apply to the State Department, the European Union to introduce personal sanctions against Bidzina Ivanishvili and his entourage, considering that the seized millions will be taken from us, frozen, and then will return to the budget of Georgia. A draft will be made on this issue, which we will present to the international community," the leader of the Labor Party Shalva Natelashvili stated after the meeting.