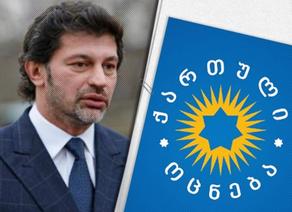 Secretary-General of the Georgian Dream party Kakha Kaladze said that he hopes the negotiations between the ruling and left-wing parties will yield results, with this being critical for the country's democratic development.

In Kaladze's words, the rescheduling of leftist leaders' and Gigi Ugulava's court hearings has nothing to do with the opposition's refusal to enter the parliament.

Two rounds of negotiations have already been held between the government and the opposition, with the third planned in the near future. Politicians hope that steps to breaking a political stalemate will be taken at the next meeting.