Kakha Kaladze: I believed I would have won in the very first round 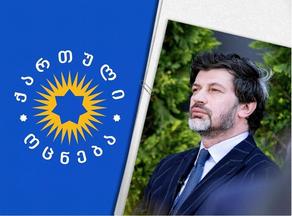 At the Georgian Dream party briefing, GD mayoral candidate Kakha Kaladze said he thought he would have been announced a winner in the very first election round.

''Frankly speaking, I believed I would have won in the very first round as all precondtions were present for this. However, the situation has changed for the last few days. I will refrain from listing all changes. What matters now is properly analyzing the situation, preparing for the second round and moving forward to victory,'' he stated.