Kaladze on chances of moving to German model 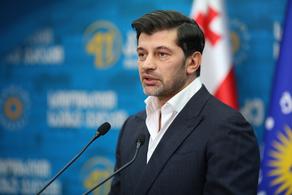 “It is impossible to move to a German model without changing the constitution”, the Mayor of Tbilisi stated.

Kakha Kaladze, welcomed the initiative of the authorities and opposition about coming together to negotiating table. According to him, it is possible that the German model will be discussed at the meeting, it will also be explained why this model cannot be adapted to the Georgian Constitution.

Kaladze thinks that boycotting or any kind of destructive action harms the country and is better if the processes transfers into dialogue regime.

The meeting between the Government and the opposition will start tomorrow and will be attended by the diplomatic corps.