Kelly Degnan: Georgia is committed to upholding the standard of free elections 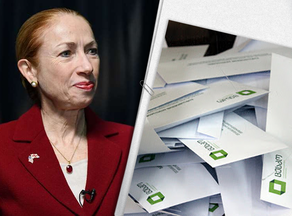 In the days leading up to the parliamentary elections in Georgia, Ambassador Kelly Degnan spoke to Acting Public Affairs Officer Christophe Anderson about frequently asked questions on Georgia's parliamentary elections, the US position, and the impact of the US presidential election on the two countries' strategic partnership, the US Embassy in Georgia spreads information.

In an interview, Ambassador Kelly Degnan said that Georgians had chosen the path to a more democratic and pluralistic society, and the United States will continue to support this choice.

"Georgia, like the United States, has fought for its freedom, and this common love of liberty is at the heart of the US-Georgia strategic partnership. Freedom, which means the election of leaders in independent and fair elections, is the foundation of real democracy. Democracy implies the accountability of elected officials to the people, which is the purpose of elections. While traveling in this country, I met many Georgians who respect the right to vote as much as Americans. When Georgia joined organizations such as the OSCE or signed the Association Agreement with the European Union, it pledged to uphold those values and international standards, including free and fair elections.

These values and standards are also important for Georgia's membership in NATO, which is the cornerstone of our partnership with NATO and the NATO-Georgia Commission. We want to help Georgia build a strong, united, sovereign, independent, and more democratic country. It is the starting point of our strategic partnership with Georgia," Kelly Degnan said.