Kelly Degnan: It is difficult to understand why it was necessary to speed up the process of appointing judges 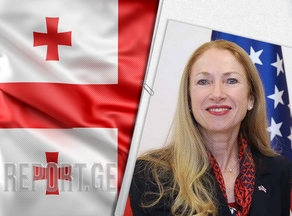 "It is disappointing that Parliament has continued the appointment of judges. It is difficult to understand why it was necessary to speed up the appointment process when there is an obligation to implement significant and comprehensive judicial reform," US Ambassador to Georgia Kelly Degnan stated.

She responded to the process of appointing Supreme Court judges.

"Especially when so many other challenges have been ignored in the country, this is very confusing and hopeless. We now have four more judges appointed through a non-transparent process. The population of Georgia has no information about the qualifications of these judges, who have been appointed to the Supreme Court. The goal of judicial reform, which Georgian political leaders discussed, was to ensure greater transparency so that Georgian citizens can have confidence that qualified judges are impartial and impartial. I hope that this will happen soon through the judicial reform that Georgian political leaders have agreed to implement," the ambassador said.