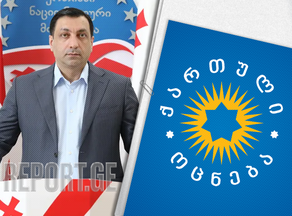 "Georgian Dream" completely ignores the main opposition party, as well as other opposition non-parliamentary parties, and "Election Code" is being worked on without their involvement," Levan Bezhashvili, a member of the "National Movement," stated.

According to Bezhashvili, the current bill does not reflect the reality of electoral reform.

"It seems that the only major issue is whether the CEC chairperson will have a deputy from the opposition. No fraud prevention mechanisms are included in the draft submitted to the Venice Commission. The same system remains, including the current composition of the CEC, which once rigged elections. We, naturally, together with other opposition parties, will formulate our proposals, send them to the Venice Commission, and put forward our alternative project," Levan Bezhashvili said.