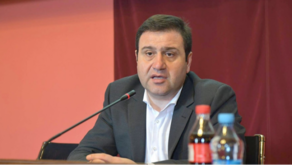 "The letters, even those of criticism received from our European or American partners, are letters from Georgia's friends. That is how the government and the opposition should treat this case," Levan Koberidze, the member of the Independent MPs faction, told reporters.

According to the lawmaker, the letter should be taken seriously from the opposition, as well as the government.

Members of Congress make statements when they see that the country goes beyond democratic development.

"The political spectrum should be accustomed to understanding the critical letters received from our friends and share the responsibility. The authorities should listen to this advice, sit down with the opposition and decide how to fix the problems," the MP said.

The governmental administration issued a critical letter by four Congressmen addressed to Giorgi Gakharia, the Prime Minister. Adam Kinzinger, Gerald Connolly, Eliot Engel, and Michael McCaul are the authors of the letter.