Levan Vasadze: I made a difficult decision 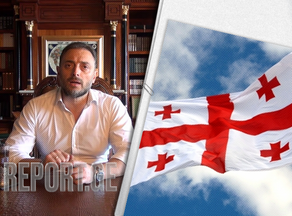 Businessman Levan Vasadze says he decided to become a politician. Vasadze told media representatives about it at a press conference today.

He said it is a difficult decision, but the reason is that the country is in a permanent crisis.

"I made a tough decision to finally say goodbye to the lifestyle I had before and participate in the public and political life of the country. The reason for the decision was the fact that the country is in a permanent crisis," said Levan Vasadze.

Levan Vasadze's organization is called "Eri," and its slogan will be "Unity, Being, Hope."