Londa Toloraia: I do not know what could have been a harsher assessment 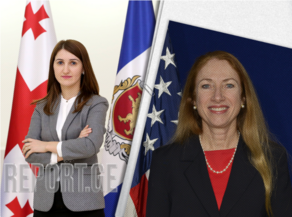 "I do not know what could have been a harsher assessment about this so-called reform," the head of the State Inspector's Office, Londa Toloraia, responds to the statement of the US Embassy.

Toloraia hopes that President Salome Zurabishvili will veto the bill.

"In fact, the agency that controlled the government and state bodies was abolished. It is assessed as undermining democratic institutions; the second important factor we agree on is that it is a punishment for the oversight body because it had different but legitimate opinions on certain issues. This is a step backward for democracy, on the road to Europe, in terms of human rights.

I have high hopes that Parliament has one chance left to think, and if the president uses her veto power, it will be a strong message to the Parliament that they have another opportunity to reconsider their decision," Toloraia said.

By the decision of the Parliament, the State Inspector Service will be abolished from March 1, 2022.