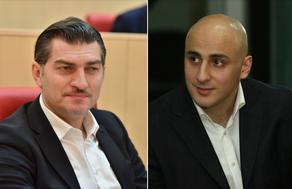 Georgian Dream majority MP Mikheil Kavelashvili has dubbed UNM head Nika Melia 'a recently hatched, fake specimen,' who thinks he is more important than the entire country. In his words, he cannot understand what the opposition is going to do. "Will they resist the police?" Kavelashvili asked.

UNM head Melia has been summoned to the prosecutor's office for refusing to post the bail. He reiterates that he has no intention to pay it.

The Tbilisi City Court imposed GEL 30,000 bail upon Melia as a measure of restraint on 27 June 2019. He was charged with committing a violent crime aiming to disrupt public order.