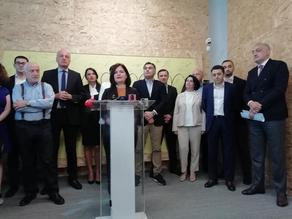 Mamuka Khazaradze, the founder of the public movement Lelo, introduced the first 12 members of the organization. Khazaradze states that "The movementuite is represented by quite serious people".

Khazaradze explained that there was no connection between the public movement and the political party and the party would be founded separately.

The members of the organization are: