Map published by president of French region not connected 6 October, 2020  16:00 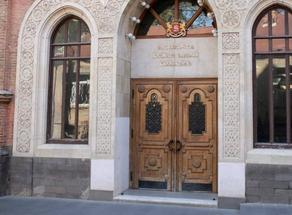 "The map, published by the president of a French region, is not connected with the official French side," Mari Nerchemashvili, the Speaker of Ministry of Foreign Affairs of Georgia, wrote in the social network.

"Georgian Foreign Ministry and Georgian Embassy contacted the office of president of Auvergne-Rhône-Alpes, a region in southeast-central France. The map and the photo material in which a section of Georgia's territory is in Armenia's borders were published on Facebook and Twitter of the region's president.

According to the preliminary findings, this map is used by an acting nationalist organization and has no connection with the official French side," Narchemashvili wrote on Facebook.