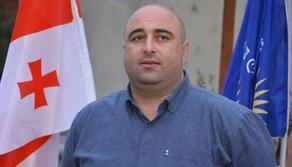 The Mayor of Kutaisi Giorgi Chighvaria resigned. The former Mayor of the city signed a statement on his resignation today.

"I became the elected Mayor of Kutaisi in November of 2017. My team and I started many important projects in the city and completed them. Many of them did not stop working even in these difficult days. Although my election deadline has not expired, I decided to leave the position and leave politics. However, I am staying in my city and will continue to be its supporter," reads the statement by Chighvaria.