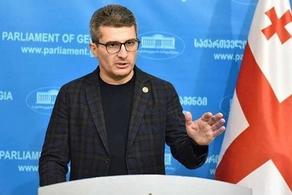 Chairperson of the Georgian Dream ruling party, Mamuka Mdinaradze, says the secret recordings that have been just released are a fabrication.

He says that the Georgian Dream political council discussed the recordings with PM Irakli Garibashvili.

Probably, one should agree that such actions, from which side they come, whatever political interest they may have, must be condemned," Mdinaradze said.