Mdinaradze: We are ready to protect society from disinformation

Mdinaradze: We are ready to protect society from disinformation 21 December, 2019  22:46 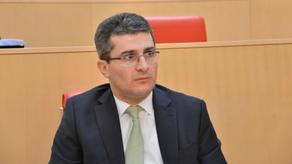 The Chairman of the Georgian Dream Parliamentary Fraction, Mamuka Mdinaradze, responded to the Facebook decision by saying that neither Georgian Dream party, nor its management has anything in common with the annulled accounts both on formal and informal levels.

“Since the National Movement and its divisions have experienced fiasco on the background of the country developments, lost their supporters, they hysterically, personally write false negative information to concrete representatives of our partner countries requesting their negative feedback towards the government of Georgia. We can recollect one of such statements from the side of the western officials made recently

Besides, the whole party active (including the trolls and fake-pages) hysterically refers to those Facebook users and pages which express support to the government and write negatively on the National Movement.

The proof of it is that none of the National Movement trolls and fake-news or accounts which directly work to spread the disinformation and promote the language of hatred are annulled from the Facebook,” – says Mdinaradze

According to him, Facebook also annulled the USA and Vietnamese non-authentic accounts.

“We are ready to start work on regulations to protect society from disinformation. I am sure the persons protesting the initiative based on the arguments in favor of freedom of expression will soon be revealed. It is not difficult to identify those political representatives and supporter”, - Mdinaradze says.