Meeting of the Prosecutor Generals of Azerbaijan and Georgia

Meeting of the Prosecutor Generals of Azerbaijan and Georgia 15 October, 2021  16:53 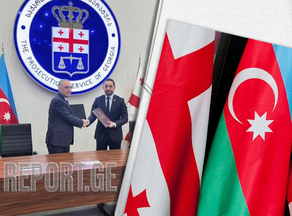 The delegation of Azerbaijan, headed by the Prosecutor General, is in Tbilisi.

During the meeting, the parties discussed a variety of topics, including juvenile criminal law; Hate crimes; Domestic violence; Criminalization of income earned through criminal, corruptive crimes, and the digitalization of the prosecutor's office.

In order to strengthen bilateral legal cooperation between the structures of the two countries and to further strengthen the existing ties, a memorandum of understanding was signed.