Meeting to be held at Administration of Government 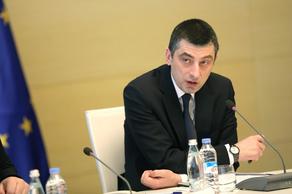 According to the Prime Minister of Georgia, a special meeting on juvenile justice will be held at the Administration of the Government of Georgia to discuss steps that should prevent tragic incidents in the future.

The meeting will be attended by sector specialists, NGOs, and representatives of all state agencies.

"I think today is not the time to make tragic events political. Concrete steps should be taken by the state to improve education and systemic reform, everything that concerns teenagers, youth care, to be more effective, productive, and aimed to avoid such tragic cases," Giorgi Gakharia, the Prime Minister of Georgia stated.

The Prime Minister noted that many things have already been done by the state regarding juvenile justice, especially by the Ministry of Justice.

"These are the directions we need to work on systematically, and these are the areas where we need quick results," Giorgi Gakharia said.