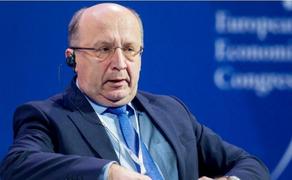 MEP Andrius Kubilius says that all major political forces in Georgia must come to a joint agreement. In the MEP's words, this agreement must become a milestone for Georgia's integration in NATO and the EU.

"Georgia's aspiration for applying for the NATO membership in 2024 is positive and needs consolidated efforts and strong national political will.

We trust both parties' political leaders. This is a turning point in the history of democratic Georgia, which may face serious problems due to political destabilization, with this affecting Georgia's long-term future," Kubilius tweeted.

The third round of talks has been conducted between the government and the opposition today at the residence of the U.S. Ambassador.