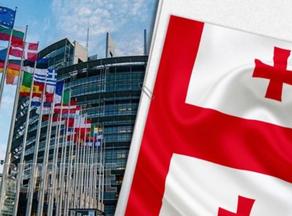 In a joint statement, MEPs support EU mediation and urge political leaders to refrain from further stirring up an already heated political climate in Georgia.

Following a meeting with Christian Danielsson, personal envoy of European Council President Charles Michel for the EU-mediated political dialogue in Georgia on 28 March 2021, a group of leading MEPs issued the following joint statement:

“We urge all political forces to put aside their partisan interests for the sake of Georgia’s future, to work constructively towards resolving the crisis in a spirit of compromise and conciliation and to refrain from further stirring up an already heated political climate. The stability of the country’s parliamentary democracy and its European and Euro-Atlantic aspirations are worth every effort.

We strongly support the EU’s ongoing mediation efforts conducted by Christian Danielsson, European Council President Charles Michel’s personal envoy. We call on political leaders to grasp this opportunity for an equitable agreement, which is still possible and to put Georgia’s citizens and their needs at the centre of their debate. We trust that Georgia’s political class will live up to its responsibility and find a solution to the current crisis.

On a cross-party basis, the European Parliament has always supported Georgia’s chosen path towards a deeper relationship with the EU. We have provided consistently strong political backing for the country to continue on this path. However, substantial progress will only be possible when the antagonism and polarisation in Georgian politics are replaced by a sense of constructive cooperation and when the country’s democratic institutions can properly fulfil their roles. We stand ready to assist Georgia in this difficult situation. Once the parties will have reached an agreement we are prepared to implement, in close cooperation with the Georgian Parliament, the full spectrum of the European Parliament’s democracy support measures.”