MFA of Georgia: This is another provocative step by Russia 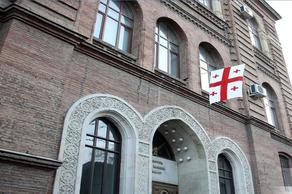 "Russian Foreign Minister Sergey Lavrov's meeting with the representative of the Tskhinvali occupation regime is another provocative step by Russia and the violation of Georgia's statehood, sovereignty, and territorial integrity," the Press and Information Department of the Ministry of Foreign Affairs said.

According to the MFA, Russia is making futile efforts to legitimize the occupation regimes by flagrantly violating its obligations under the 2008 ceasefire agreement.

"The International Community resolutely supports Georgia's sovereignty and territorial integrity and the non-recognition policy of the occupied territories. The ruling by the European Court of Human Rights has once again testified a firm position by the International Community: the Russian Federation pursues the policy of unlawful occupation and effective control of Georgia's inseparable regions and violates the Ceasefire Agreement of August 2008. The Strasbourg Court held Russia accountable during the war of 2008 and, after it, for the flagrant violation of fundamental laws and human rights, including encroachment on the rights of hundreds of thousands of IDPs and refugees to return to their houses. This decision once again demonstrates the significance of Georgia's fair and peaceful fight for the country's sovereignty and territorial integrity," the MFA said.