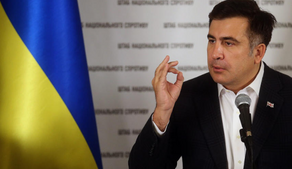 Following the decision by Ukrainian leader Volodymyr Zelensky, Georgian ex-president Mikheil Saakashvili has been elected as the chairman of the executive committee of Ukraine’s National Council for Reforms created back in 2014 under the then President Petro Poroshenko.

On 22 April, Ex-president of Georgia and former Governor of Odessa Oblast Mikheil Saakashvili declared that Ukrainian President Volodymyr Zelensky suggested that he take on the duties of vice-premier, with the initiative to be submitted to the Rada soon.