Mikheil Saakashvili: I will be on the front line in October 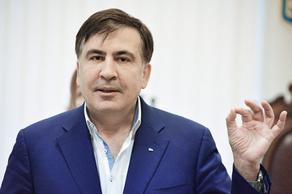 Mikheil Saakashvili, the third President of Georgia and head of Ukraine's Reform Council, posted a video on his official Facebook page saying he would be on the front lines in October to defeat Bidzina Ivanishvili and save Georgia.

"I think the Georgian government is entirely illegitimate. I do not recognize its legitimacy for a single second, and I do not recognize the legitimacy of the current situation in Georgia. It is an illegal situation. For the first time since independence, the US Congress imposed sanctions on us as a country. We have always been a major recipient of American assistance in the world. We were an exemplary country, and Ivanishvili changed that.

My fight will be very crucial. I do not care what others think - I'll be on the front line. I promise I will be with you, hand in hand," Saakashvili said.