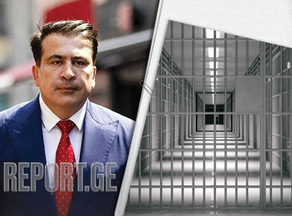 The third President of Georgia, Mikheil Saakashvili, has initiated the establishment of a temporary commission of inquiry in the Parliament. His lawyer Giorgi Mshvenieradze told journalists about it after his visit to the Rustavi Penitentiary.

According to Mshvenieradze, Saakashvili demands that the opposition MPs raise the issue of setting up a commission that should investigate allegations of torture and ill-treatment of Saakashvili.

"Mikheil Saakashvili is a victim of inhuman and degrading treatment, the society is informed about it. However, this situation is not over; he needs proper medical care today, which he is unable to get in the penitentiary institution.

Mikheil Saakashvili believes that it will be important to set up a temporary commission of inquiry into his case in the Parliament, which will investigate the fact of inhuman and degrading treatment of him and raise the issue of officials involved in this process," Mshvenieradze said.