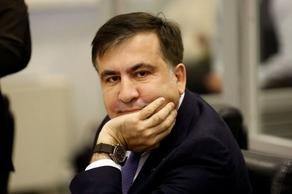 The third President of Georgia responds to the arrest of Gigi Ugulava. According to Mikheil Saakashvili, the arrest of the former Mayor of the capital is an expression of extreme weakness on the part of the Georgian Dream and Bidzina Ivanishvili.

"First of all, I would like to express my admiration for Gigi Ugulava's courage. I talked to him on the phone and I want to say that he really deserves a lot of respect, he was so selfless and so full of dignity ... I still couldn't imagine that with such a rude violation of the law it was possible to arrest anyone anywhere in the world. This is an act of an extremely scared human being, and he reminds me of Aslan Abashidze. That's how he collapsed," Saakashvili said.

According to Saakashvili, Vladimir Putin has way less political prisoners in Russia than Ivanishvili in Georgia.

"Ivanishvili is already defeated. No one is afraid of being arrested by him. Everyone realizes that these are the last days," Georgia's third president said.

The Supreme Court found Gigi Ugulava guilty. The Court sentenced the former Mayor of Tbilisi to three years in prison for embezzling funds.