Mikheil Saakashvili: When I will am out, we will work miracles together 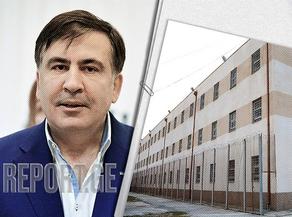 The third president of Georgia releases another appeal from prison.

Mikheil Saakashvili's letter was read by his lawyer, Dito Sadzaglishvili, after leaving the penitentiary institution:

"Of course, the regime will do its best not to release me, but they will not succeed. That is why we need daily rallies everywhere in Georgia because I will be able to help you only if I am healthy and out. If I am out, we will work miracles together, I know for sure. In parallel with the fight for my release, we are fighting to win the election. Yesterday finally convinced me that we will win the elections," Mikheil Saakashvili said in his address.

The third president of Georgia was arrested on October 1. Mikheil Saakashvili has been on a hunger strike for 15 days in prison.

On October 14, a rally in support of the third president of Georgia, Mikheil Saakashvili, was held on Freedom Square.