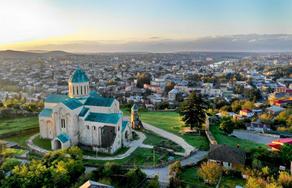 The National Movement faction has put forward the initiative on granting special status to the Kutaisi municipality.

According to the amendments which the faction has presented to the parliament, Kutaisi must become the administrative city of the state, in which the parliament will be located.

The draft bill reads that the government must design and implement the state program aimed at the development of the city, with the program comprising all necessary construction, reconstruction, modernization, and infrastructure development efforts, as well as funding resources.

As of the projected expenses, the faction explains that transferring the parliament to Kutaisi and its operation at full capacity in 2012 cost the government GEL 300 thousand, with this implying that the gradual opening of state agencies in Kutaisi if each agency is staffed with around 1,000 employees, will cost the country around GEL five million.