NATO Ministers of Foreign Affairs decide to approve renewed SNGP, according to Stoltenberg 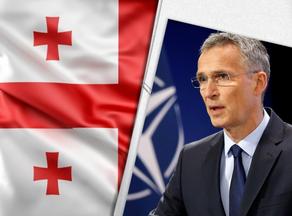 According to Stoltenberg, they have discussed the existing situation in the Black Sea Region with the Georgian and Ukrainian Foreign Ministers. In his words, Russia keeps violating Georgia's and Ukraine's sovereignty and territorial integrity, and in response to this, NATO is extending its presence in the countries. "Last week, NATO aircraft held military exercises in the Black Sea region, together with the U.S. military units. Georgia and Ukraine are our valuable partners, and their military contributions to our missions are paramount," he said.

The NATO Secretary-General stressed that the ministerial is proof of their support of Georgia's and Ukraine's sovereignty and territorial integrity. "We have discussed their reform programs and are enhancing our support. I am glad that the allies and Georgia have approved the renewed Substantial NATO-Georgia Package," Stoltenberg concluded.