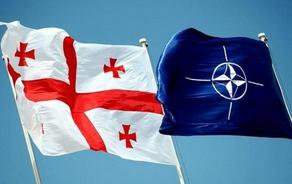 NATO summit will be held in Brussels today; one of the topics will be Georgia. According to the statement of the Ministry of Foreign Affairs of Georgia, it is important that the issue of Georgia is included in the part of the agenda of the summit, which deals with the support of the rule-based international order.

"The final document - the communiqué will be adopted at the Brussels summit. The Georgian side expects that the communiqué will adequately reflect the progress made by Georgia on the path to Euro-Atlantic integration and will state NATO's unwavering support for Georgia's sovereignty and territorial integrity as well as focus on the dire humanitarian and security environment in the occupied territories. We also expect the Allies to reaffirm their commitment to the Bucharest Summit decision to make Georgia a member of NATO and to note Georgia's s special contribution to strengthening common Euro - Atlantic security," reads the statement.

US President Joe Biden will attend the NATO summit in Brussels, scheduled for June 14, the press service of the Alliance reports.

The summit will include one working session lasting 2.5 hours.