NDI: 40% thinks of the President's activities as negative 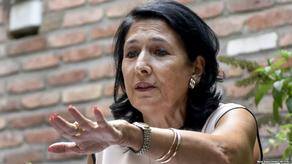 According to the survey by the National Democratic Institute, 40 percent of the Georgian citizens think that President's performance is poor, 36 percent think it’s average, and 12 percent thinks it’s good.