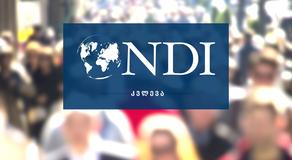 According to the survey by the National Democratic Institute (NDI) and the Caucasus Research Resource Center (CRRC) Georgia, 60 percent of respondents rate the government's performance as negative, and 32 percent positive.

The fieldwork was conducted during the period of July 13-29, 2011 across Georgia (excluding occupied territories), through direct interviews with 2,131 interviewees. Inaccuracy  is +/- 2-3 percent.

NDI presented the first part of the survey results on September 17, which included findings on the economy, health care, women's political participation and foreign policy.