NDI: The worst working institution is the Parliament 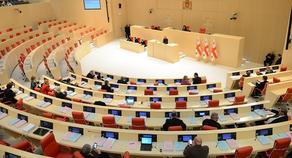 43% of respondents rate the work of the Georgian Orthodox Church positively, 21% very well, 20% think it’s average and 4% rate it as poor.

37% of respondents consider the activities of the Public Defender's Office to be average, 22% think it’s good and 11% rate it poor.