Newly appointed US ambassador to Georgia took an oath 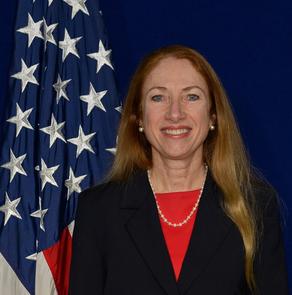 U.S. Ambassador to Georgia Kelly Degnan took an oath, the U.S. Embassy in Georgia shared the information on its official Facebook page.

Under Secretary of State, David Haley attended the ceremony.

During her 25-year career, Kelly Degnan served as a political adviser to the U.S. Mission to NATO, a senior civilian representative in the Salerno Brigade Combat Team in Afghanistan and a Deputy Political Advisor to the U.S. Diplomatic Mission in Turkey. Kelly Degnan was Assistant Secretary of State for Political Affairs.