Nika Melia: I will not pay, you can not catch me! 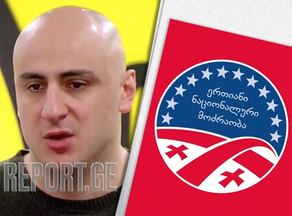 Nika Melia, the United National Movement's chairperson, says he has no plans to pay the bail.

Melia announced the decision at a briefing.

"I will not pay, and you will not be able to catch me. I want to say that I have a lot of respect for state institutions; however, when Shotadze-Partskhaladze own the prosecutor's office in the country, the court belongs to Murusidze-Chinchaladze, Kobakhidze-Gavrilov represent the parliament, and all these so-called institutions, are in Bidzina Ivanishvili's pocket, I have no moral right to take part in this falsity and farce. Our fight is the true one; this is my source of energy.

I know that I am morally right in this battle, right before my future generations, and we will win. I will not pay, and you will not be able to catch me. This is the most important thing I wanted to say," Nika Melia stated.

Nika Melia, the chairperson of the National Movement, has been summoned to the Prosecutor's Office regarding the non-payment of bail.