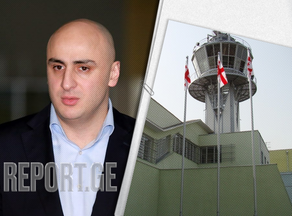 UNM head Nika Melia has left No.12 penitentiary facility. Family members and his adherents met him as he exited the facility.

The Tbilisi City Court released Mr. Melia from prison after approving the motion to grant bail.

The Independent European Foundation for Democracy paid the bail on 8 May, with the mediator between the foundation and the state treasury being the Young Lawyers' Association.